About the Research Project

One first goal consists in an effort to isolate market spheres from government policies, whether economic, social, or environmental. Such a strict separation has resulted in a series of reforms which, from the nineteenth century to the present, have encouraged industrialization and economic globalization.

One important reform has been the legal status of corporations, which, in the second part of the 19th century, has come to reflect the doctrine that corporations should benefit from a legal status modelled on facets of natural personhood. In turn, such legal precedent recognizing “corporate personhood” has led to enhanced corporate power because, with the rights of persons, corporations have special rights and protections against attempts by the state to regulate their conduct and limit their power.1

Another milestone strand of reforms has been the liberalization of the markets of capital, goods, and services, and the generalization of freedom of establishment, which have paved the way for an era of hyperglobalization since the second part of the 20th century. The almost unfettered mobility of companies has favored a race to the bottom, wherein states are pitted against one another to offer legal incentives  to attract capital investment (tax breaks, lax regulations, etc.).

Finally, a third major wave of reforms has been the transfer of market regulatory powers from elected governments to independent administrations. In establishing such a transfer in regulatory powers, governments  expressed the view that market regulation would thus be insulated from Government pressure, and therefore be politically neutral and economically efficient.

Once achieved, these reforms reinforced the political idea that laws governing corporations and markets  should primarily pursue the goal of ensuring free competition as a means of fostering economic growth.

The strict separation between economic and environmental law has also been instrumental in establishing the legitimacy of environmental law. Until the 1970s, much of the regulation that we retrospectively label as « environmental » actually fit the definition of economic law. For instance, the primary intent of most of the air quality regulations enacted since the 19th century was to make the risks caused by industrialization socially tolerable and to limit the cost of environmental damage – to the same extent, perhaps even less, than the preservation of ecosystems or public health.2

The dual compartmentalization process between economic and environmental law has resulted in a duality typical of economics: economic law regulates the corporations and markets on the one hand; environmental law manages the negative externalities resulting from their functioning on the other.

The design of law school curricula has further fueled mutual ignorance between specialists in economic law and environmental law. One important consequence of this compartmentalization between the two disciplines has been the development of economic rules that resist the integration of environmental issues. Similarly, environmental legislation remains disconnected from the reality of economic affairs, as regulated under economic law.4

Yet, the distinction between economic law and environmental law has become less clear over time. Since the 1980s, the development of « economic instruments » of environmental law (environmental taxation, carbon markets, etc.) has contributed to bringing the two disciplines together for the first time. This phenomenon has encouraged the development of market segments specialized in the provision of « green » products – for example investment products specifically designed to promote the ecological transition, such as green bonds.

However, this development has not fundamentally transformed the central tenets of economic law. As recently as 2016, legal scholars observed that business law was one of the legal fields that was most impervious to environmental influence.5 In recent years, however, the situation seems to have changed, particularly in the context of a post-Covid economic recovery that many hoped would be « green. » There is also increasing discussions in academic and policy circles around the necessity to incorporate environmental objectives into economic regulations that provide the regulatory ecosystems for contemporary economics – such as property law, contract law,6 free trade agreements,7 investment treaties, prudential rules,8 and finance laws.9 These environmental objectives are still often framed as exceptions to the economic rights and freedoms of business actors – such as property rights, freedom of enterprise, freedom of movement of goods, services, and capital. But new economic and financial laws and regulations increasingly consider environmental targets as inherent objectives. The mandate of economic regulators might evolve accordingly to reflect these changes.10 These developments have also led analysts to predict that economic law would enter a new age: after concentration, globalization, and digitalization, « [t]here is a fourth age emerging through the ecologization movement. »11 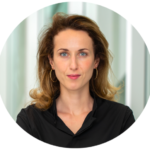 6 See the conference on “The Contributions of Private Law to Environmental Protection” at Bordeaux University, on September 24th 2020.